The projects generated by the template are almost complete, except the device specific files, which must be provided by the user.

Before starting to use the generated projects, please identify the CMSIS vendor specific files. The required files are:

The first 3 files should be copied from the vendor specific package. Definitions of the interrupt vectors is usually done in an assembly file; it is recommended to identify the names of the vectors, and enter them in the .c vectors file.

The template can create both C and C++ projects. To create a new C++ project: 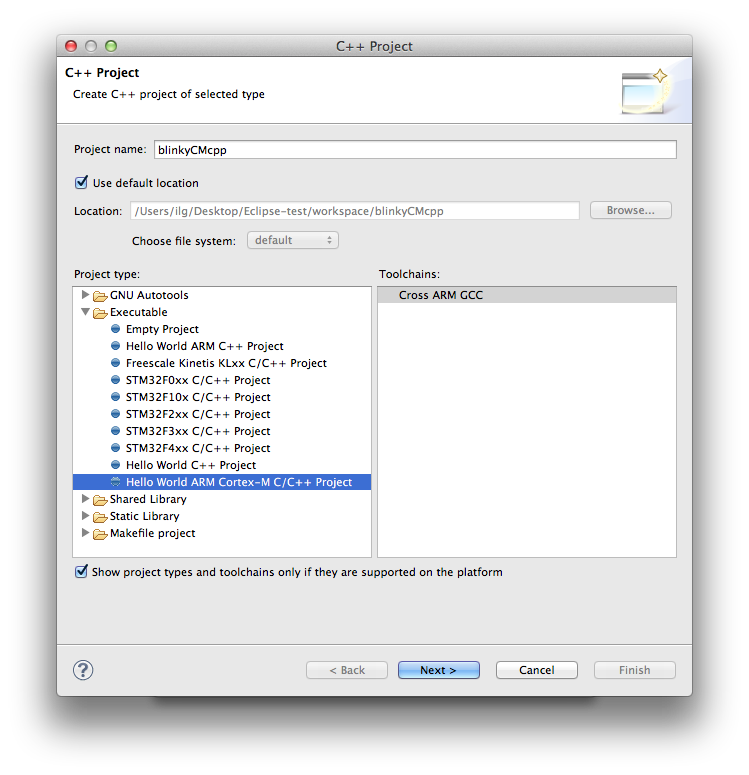 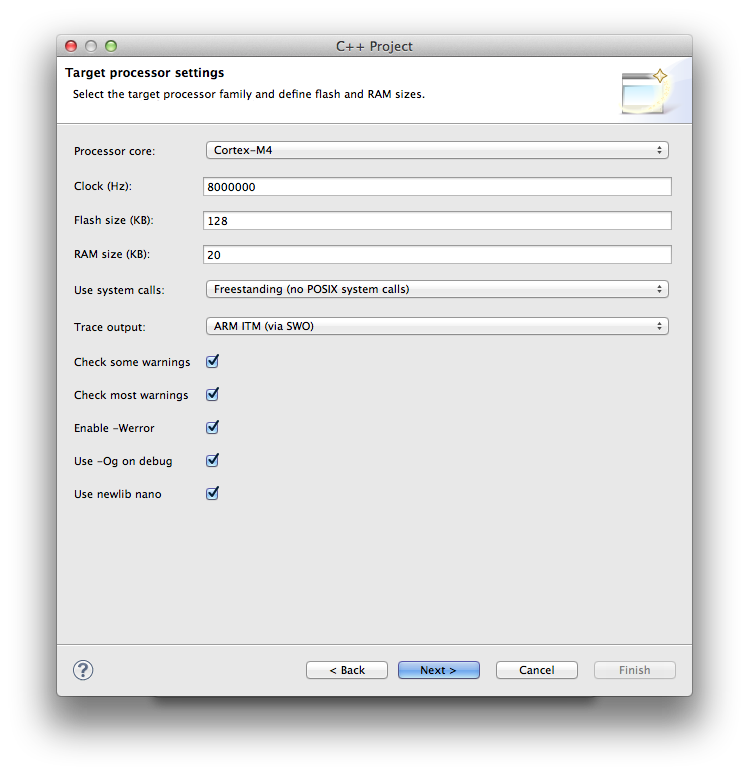 All the above setting can be changes later, either in the project settings, or as different preprocessor definitions.

Define the names of the destination folders: 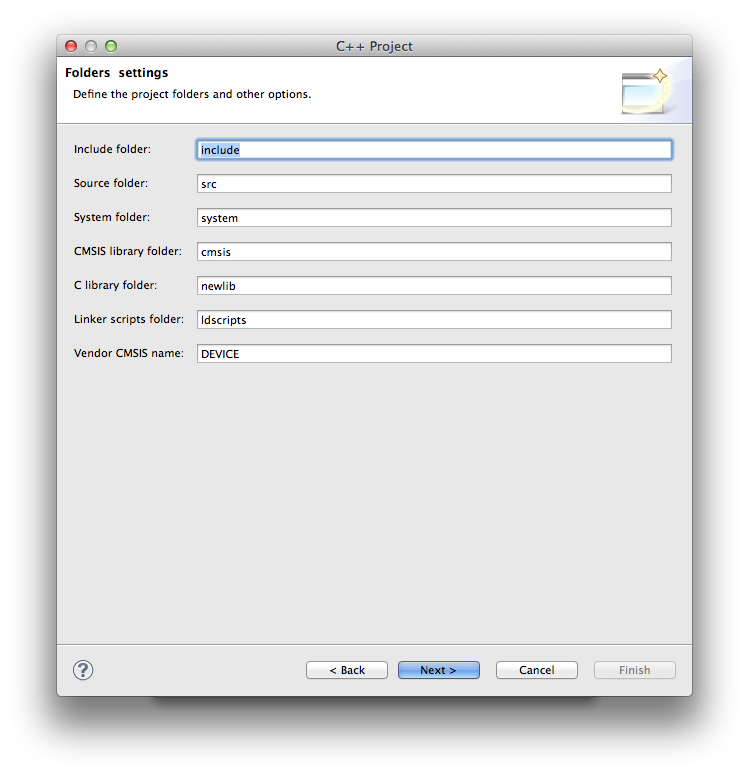 Instead of DEVICE, it is recommended to use the actual name suggested by the vendor, for example stm32f4-stdperiph. 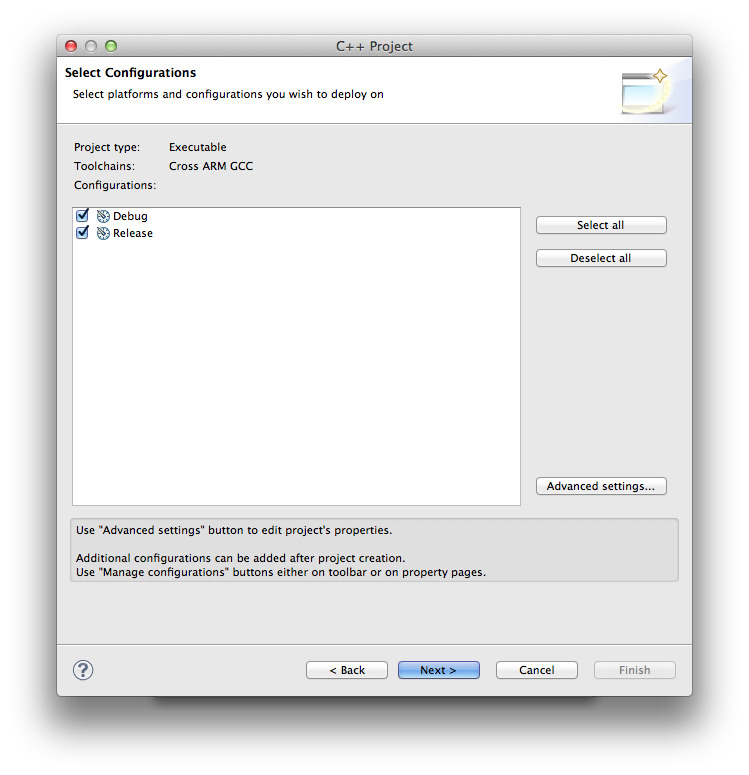 Define the toolchain name and path: 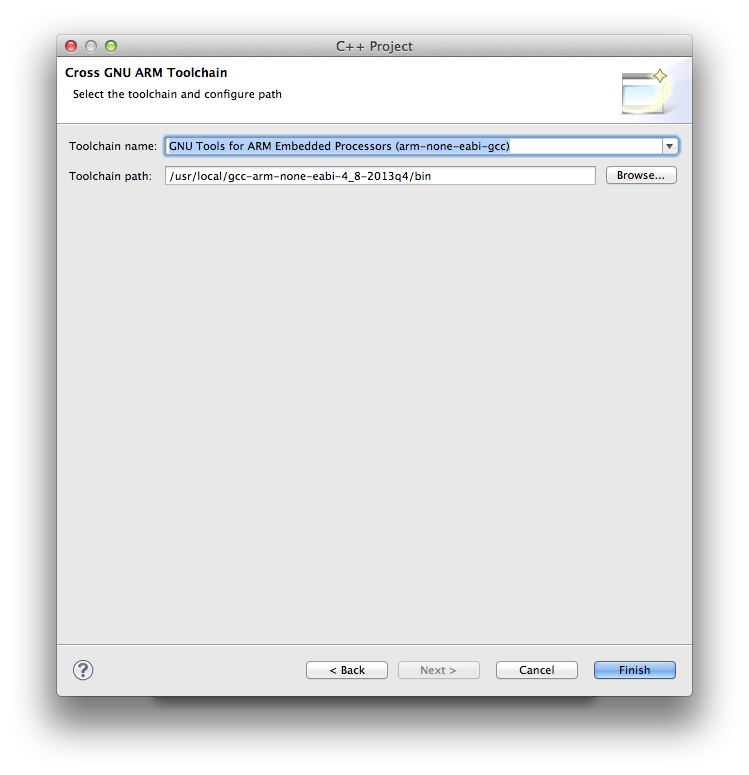 The generated project has the following structure: 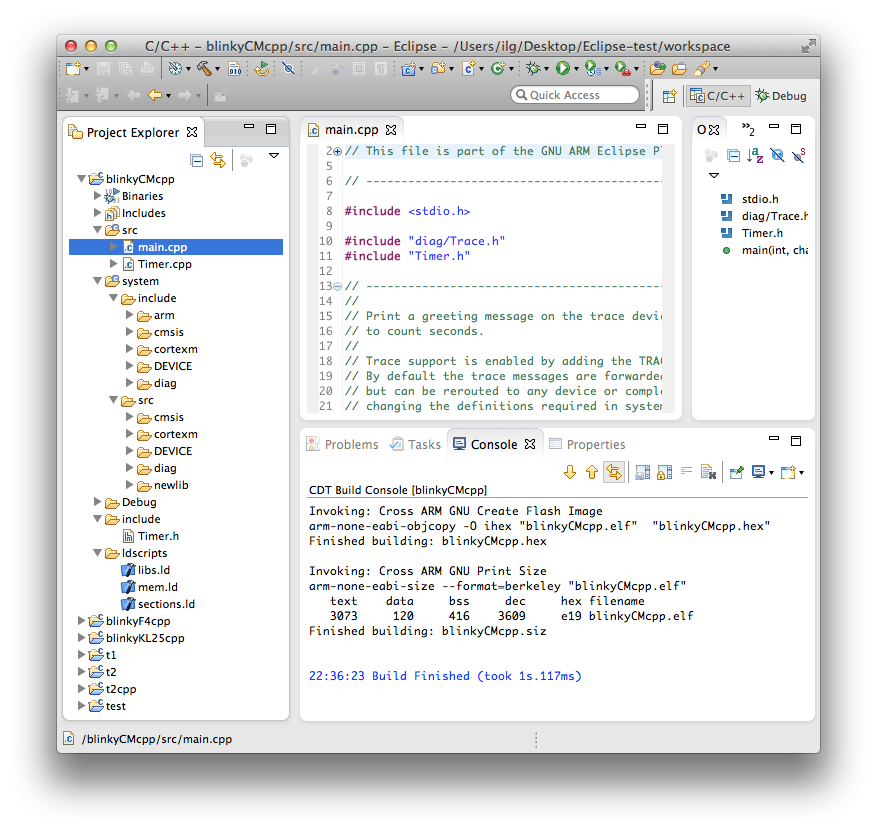 In the generates project identify the system/include/cmsis and system/src/cmsis folder, and copy the vendor specific files to them:

Check and correct the memory map

The defaults used for this generic project should be ok for most of the existing devices, but there might be cases when some devices have specific characteristics.

For this reason it is recommended to check the memory map generated in the ldscripts/mem.ld file, and possibly update the values that does not match your device, for example the flash origin, or the ram origin.

You can safely edit this file, since it will not be overwritten by the plug-in during future builds.

As seen in the above picture, even without the vendor specific files, the project builds without errors and, strangely enough, runs on the target, printing trace lines on the debugger output window, counting seconds.